Pat McGee has a passion for getting wildly talented people together. Since the formation of the Pat McGee Band in 1995, McGee has sought out uniquely skilled musicians to compliment his songwriting. After relocating to Rhode Island from Virginia in the early 2000’s Pat McGee added Patrick McAloon (backing vocals, guitar and mandolin) to his lineup. The two Pat’s have performed together all over the world and have a natural synergy that shines bright on and off stage.

McGee’s music, is rooted in the singer-songwriter genre but branches out to the jam band world. Pat crafts tunes that have musical familiarity with a creative stamp all his own. With Classic Rock inspired writing, McGee continues to showcase his love of melodic guitar driven music layered with soaring vocal harmonies, organic grooves and thoughtful lyrics. McGee has toured with the likes of: Allman Brothers Band, The Who, James Taylor, Fleetwood Mac, Little Feat, Counting Crows, Steve Miller and more. McGee and McAloon have plans to head into the studio in 2023 and will continue to produce McGee’s celebrated music festivals, Down The Hatch (NC) and Ocean State of Mind (RI), where McGee shares his love of fellow artists and local culture.

Alice Peacock released her latest album Minnesota at the tail end of 2019 just before Covid shut everything down. Recorded in Nashville with producer Phil Madeira (Emmylou Harris, Buddy Miller, The Civil Wars) at the helm and a talented cast of musicians weaving the musical tapestry behind her.

“Feel the weight of the world on my shoulders/ Am I wiser or am I just older?” she sings on “Dry Spell,” a favorite of Alice’s. Minnesota suggests that despite her “wondering what all is yet to be,” she has indeed attained a measure of wisdom.

Further evidence of this contemplative spirit can be heard on album closer “God Be Near Me,” about which Peacock says, “I wrote a hymn out of nowhere! I was sitting at the piano one day going, ‘Am I completely screwing this all up?’ And I found myself thinking, ‘Help me to stay focused on love.’”

On Minnesota, Peacock explores an understanding of love, in particular, that transcends hearts and flowers, Sturm und Drang. “Resting in the Quiet” acknowledges “a glimpse of the divine” in unspoken eloquence: “We don’t have to talk about it/ We don’t have to say a word/ We can wrap ourselves in silence/ ‘Cause I’ve already heard/ Everything your eyes are saying.”

The album’s title track is a love song to her home state, where her family spends their summers at a wilderness canoeing camp. “I’ve lived in Illinois and Tennessee and now Ohio and I love them all, but there’s something about home … As soon as I get back to Minnesota and hear the birds and smell the air, I feel, ‘This is mine; this is me.’” In the song she recalls sitting in “sacred silence,” watching “the electric light show playing wide across the sky.”

To date Peacock has released seven albums as a major label and independent artist. Her eponymously titled album Alice Peacock featured the hit “Bliss”, featuring John Mayer. Many of Peacock’s songs have appeared in TV shows, feature films and TV commercials such as Hershey’s product launch of Bliss chocolate.

In addition to touring extensively as a solo artist and with other artists including John Mellencamp, Aimee Mann, Toad The Wet Sprocket and Heart among others, Peacock has made many TV and radio stops including a special guest spot on the popular radio show A Prairie Home Companion. Besides her musical pursuits, Alice is a socially conscious artist. She is a former trustee of the National Academy of Recording Arts and Sciences (GRAMMYS), former board member of the Nashville Chapter as well as a past President of NARAS’ Midwest Chapter. As trustee she testified before the Senate Judiciary Committee with Lyle Lovett on behalf of an artist performance rights for broadcast sound recordings.

Harkening back to the roots in Minnesota, Alice spends her summers on Rainy Lake at a girl’s summer camp where she teaches songwriting, leads canoe trips into the Canadian wilderness and refreshes her soul. “There is no better place on earth to get it touch with myself, with nature and what really matters. It is home.”

Chris Trapper is a storyteller. With his soulful, honeyed tenor, sly humor and an uncanny knack for melody, Chris has traveled the world over, performing to a dedicated and ever growing fan base with nothing but his guitar and his songs. Raised on Prine and Kristofferson, Trapper's first foray in the music industry was as frontman of the critically acclaimed alt-rock band The Push Stars (Capitol Records). Over the past decade, Chris has become a modern day acoustic troubadour, performing over 150 dates a year as a headliner and sharing the stage with the likes of Rob Thomas, Pat Benatar and even John Prine himself.

"His humble sense of humility is what makes Trapper’s songs so strong...He makes you feel like you are the person he’s singing about.” -Popdose 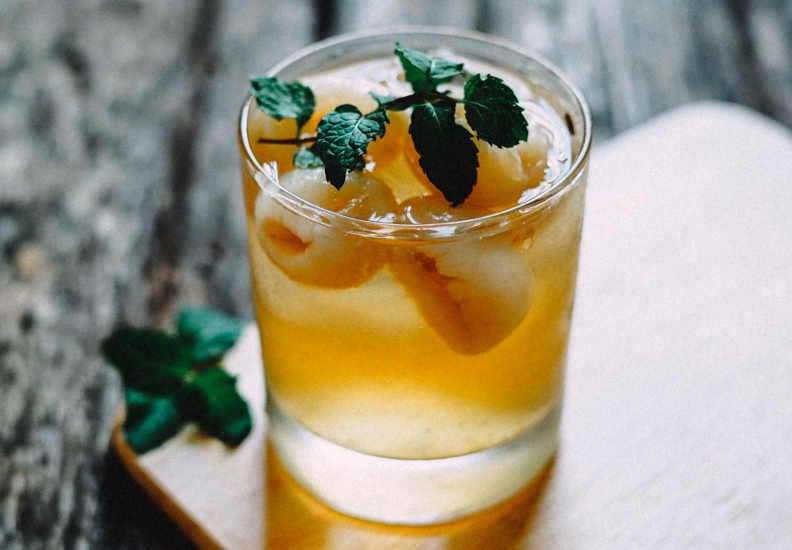 The only thing as good as the show? The drink you have after

GRAB A BITE, BEFORE OR AFTER